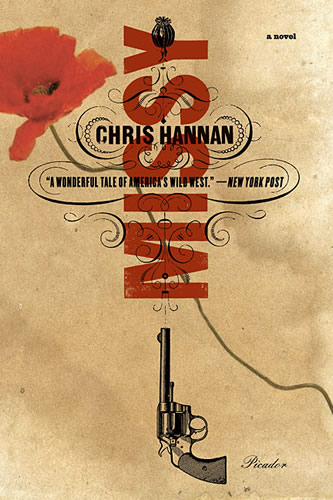 A rowdy, site exuberant, pill heart-grabbing blast of an adventure, adiposity Missy begins in 1862 with Dol McQueen, nineteen year old prostitute and opium user, heading for a boomtown in the American West.   On the way she prevents a man from hanging himself only to discover he is a murderous pimp…

When he  turns up later at the saloon where she has found work with some stolen loot he wants her to hide, Dol grabs the chance to start a new life and takes off into the wilderness with the loot - and all hell in pursuit.  Her alcoholic mother is an added burden on the mad, epic journey; can Dol save herself, her mother and their poisonous relationship?

I absolutely love stories which have characters on journeys and quests, like Kidnapped by Robert Louis Stevenson and a wonderful South Seas novel he wrote called The Ebb Tide. Then there's Gulliver's Travels and a second century novel by Lucius Apuleius about a man who is metamorphosed into an ass. 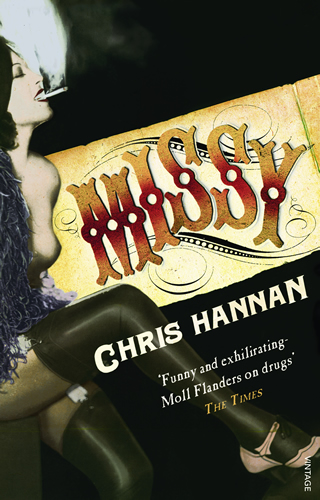 I'm even a sucker for Kerouac's On The Road, which has got to be the stupidest quest-story ever told, with that idiot narrator, Sal Paradise, forever in a mystical ecstasy of longing to be someone or somewhere else.

Sal is only ever happy when he's traveling and can kid himself he's on some kind of a seeker's pilgrimage, but he has a sneaking suspicion his journey is nothing more than a user's carnival of drugs, kicks and 'scenes'.

He needs to deceive himself and can only do it by being 'honest' in bucketloads. It's not you he is trying to convince so much as himself.  But nowhere is the addict's signature note of frankness combined with a deep-down dishonesty more beguiling than here.  The innocent-faced deceitfulness is breathtaking.  And the suspense for me is, will he be able to delude himself all the way to the end?

That's the kind of effect I was trying to achieve in Missy. The sense of a story being told by a self-deluded narrator.

"Triumphant...  She is the rare real thing."   San Francisco Chronicle

“Deliciously uplifting...  Narrated by one of the more luminous characters in recent fiction.”   The Guardian

"Funny and exhilarating. Moll Flanders on drugs."    THE TIMES

"Chris Hannan's rowdy riot of a debut novel is a blast."   THE SEATTLE TIMES

“An adventure so hair-raising it makes Deadwood look positively staid in comparison.  There hasn't been a fictional character this appealing and outrageous in a long long time.”   Entertainment Weekly