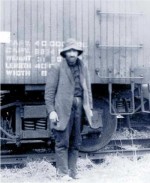 Just over a hundred years ago George Bernard Shaw received a small parcel through the post.  It contained a self-published volume of poems by a man who gave his address as a doss house for single men in Kennington, viagra order London.  But Shaw only had to read three lines to know they had been written by a true poet.  He met the man, introduced him to literary London society and encouraged him to write his adventures.

W. H. Davies’ The Autobiography of a Super-Tramp, published in April 1908, has seldom been out of print since, and with good reason.  Its colourful tales of bums’ conventions and riding on top of freight cars drunk continue to delight, and it will endure because it is written from a point of view that is almost unique.

Nearly all eye-witness accounts of life among society’s outcasts have been by literary outsiders who descend into the underworld in order to look like a hero, as when Jack London lives among the urban poor in The People of the Abyss or travels as a hobo in The Road.  By contrast W. H. Davies was a tramp on both sides of the Atlantic for twelve years rather than weeks, and most of that time he was motivated by nothing nobler than an aversion to work.  Yet whether he is telling you of the time he was shaken awake by an earthquake while sleeping out, or the despair of his final days when he lost the will to beg though his life depended on it, his story has the tension and suspense of a man whose life and soul is in jeopardy.

It makes Down and Out in Paris and London read like what George did in his gap year.  Though influenced by Super-Tramp, Orwell’s work is two-dimensional by comparison. 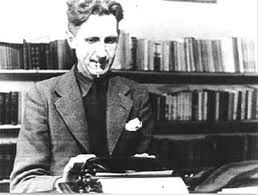 The tone of his prose gives him away like a college scarf.   He bathes in his own disgust, over-using words like “beastly”, “stink”, “repulsive”.  He’s a spectator describing an experience that doesn’t affect him in any fundamental way; and after he has proved to himself how much he can endure he will go back to his parents’ home in rural Southwold and write it up.

W.H.Davies began his hobo life every bit as free as Orwell.  Born in Newport in 1871, an industrial port of 30,000 people, he was raised by grandparents who owned a pub called the Church House.  His grandfather had formerly been captain of a small schooner in the Bristol Channel and there were charts and sea-chests around the house.  In his teens Davies began to dislike the chapel upbringing and values of his grandmother, developing a thirst for alcohol and theatre, and when he finished his apprenticeship as a picture-framer he embarked on a six month spree slumming it in Bristol.  Then his grandmother died and at the age of twenty-two he used his small inheritance to ship out for America where he sold the tools of his trade, teamed up with an experienced beggar, and set off on the road.

They lived like thirteen-year-old kings, begging at doors from women and drinking in the wilds with men.  Now and then they took jobs – gathering hops, building a canal – but mostly they looked down on people who worked, and avoided their company.  It was a boys’ idea of paradise – one that Jack Kerouac chased fifty years later as he crisscrossed America, his head full of the picaresque adventures of hoboes like W.H. Davies and outlaws like Jack Black.

Davies and Kerouac are so similar it’s like they have the same illness.  They keep searching, longing, moving, they can’t stop because they don’t know why they started.  They are mesmerising narrators, vain and egotistical but confessing now and then to self-disgust.  On begging, for instance, Davies writes that he became afraid of “the fascination that arises from success, after a man has lost his shame.”  It must have been flattering when the naked appeal to women produced the goodies, but bad for the soul.  When you get something for nothing you are liable to despise either yourself or the people you take from. 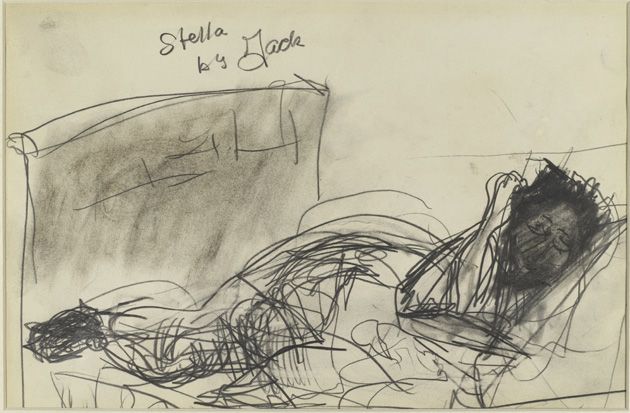 After five years he wearied of it and returned home determined to settle, only to set off again, this time to the Klondyke Gold Rush.  He had no good reason, he couldn’t help himself.  In Renfrew, Ontario, he tried to steal a ride on a moving express train, jumping on as it pulled away from the station.  He fell, clung on, was dragged along by the train and severed his foot.

Now that he was unfit for work he was suddenly consumed by a furious ambition.  An almost insane ambition.  While living in a series of London doss-houses, he wrote some poems, and after they were rejected by all and sundry he set about raising the money to self-publish by tramping the country peddling laces.  As a reader you are terrified for him.  Now that he wants to rejoin society no goal seems more quixotic and hopeless.  His twenties behind him, he sleeps rough, half-starved, dreaming of literary stardom underneath rain-soaked haystacks.

Orwell swapped the literary life for that of a beggar and found it tough.  But for W.H. Davies nothing was more natural or easy than slumming it.  It was the hunger to publish his poetry and take his place in society that almost broke him.