Across the Atlantic by Freighter 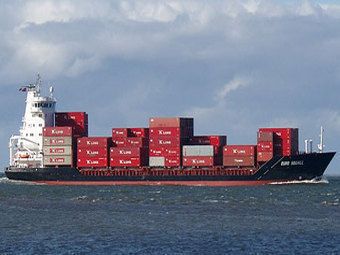 The first thing is I nearly miss the boat.  I take a train from Philadelphia down to Chester, order thinking I will get a taxi to the ship from there.  No way.  The black homeless people who inhabit the station tell me this is not a town where  taxis feel safe.  They won’t come here supposing you phone them.

I talk to a bus-driver who says he goes near the port.  At least I think that’s what he says but I’m Scottish and he can barely understand me.  He drops me off at a petrol station in the middle of an industrial wasteland and I wheel my suitcase up an unpaved road, prostate the only one I can see.  I come to a Pentecostal church – dilapidated and lonesome-looking on the margins of an ominously silent housing project.  Beyond that, viagra order thank goodness, is a big sign.  Penn Terminals.

“You the passenger?” the security men ask at the gates.  That’s the first I know I’m the only one.

Freighter ships routinely carry six or so passengers each trip – older adventurous types who have done the luxury cruise holiday and are looking for something more offbeat and challenging.  But clearly brave souls like that draw the line at crossing the north Atlantic in winter.   The Chief Mate eyes me over like he hopes I know what I’m letting myself in for and shows me to my cabin.

Surprisingly, it is much more spacious than the one I had on the Queen Mary II on the outward journey to New York.  There is a bedroom and shower, and the living-room has a TV, sound system, writing desk, and cupboards galore.  It’s just underneath the bridge and has views – once we set sail –  fore and aft.

As we plough the seas I spend hours staring at the deck below in comic fascination.  We are a floating distribution warehouse.  The huge orange containers are piled up in towers, like a bar graph.  It’s not exactly aerodynamic and you wonder what will happen in a storm.   Even now, in calm waters, the ship hangs to the left as it pitches forward like a tired race-horse whose jockey has a hard job hauling its head up to keep it going towards the line.

The dining experience is different from the Queen Mary too.  I mess with the officers and eat at the Captain’s table, a widely-read German with more than four decades of sea-stories to draw on.  Some meals he is snatching while he is at work but when he has time to unbutton he can converse about anything from World War Two (in which his father fought) to Johnny Cash to first-hand experiences of Vietnam and Cold War Leningrad.

Food is important to him.  There isn’t much for the sailors to look forward to all day except grub, and in his desperation to keep all nationalities happy the Filipino cook serves up what might with charity be called “fusion cuisine” – a delicate fish curry might come with chips and some charcuterie on the side.

The East European officers enter and leave the mess with a cheerful “Good appetite!” to one and all.  Conversation is often in strained English, nobody on board being a native English speaker, and I get to overhear all the technical exchanges between engine-room and captain.  I am just congratulating myself on how well I have fitted into this small society, when the sea starts to act up.  It’s pretty rough, even for sailors.  Suddenly even sitting requires a greater degree of skill or stronger buttock muscles.  One moment you are walking with heavy weights on your legs which are suddenly taken off the next, as if gravity were pressing you into the deck then pulling you up. 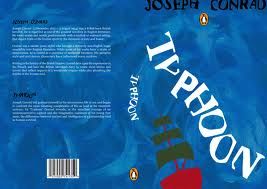 I decide to go to the small gym thinking the cross-trainer will be steadier than the ship and if it were nailed to the floor it would be, but instead it jumps and rears and I quickly realise why there are so many dents in the extremely low polystyrene ceiling.  After I’ve added a few big ones, I hole up in my cabin and read Conrad’s all-too-relevant Typhoon, while the ship gamely pushes on through the night, head pecking like it’s the final furlong.  Every so often it feels like her legs have gone from under her.  But each time she finds them again, and by the time I go down for breakfast the sea is no more than bumpy.  The lovely, panda-eyed Filipino waiter is whistling Lara’s Theme in gratitude and is just a little drawn.

Maybe I’ve come through some kind of initiation because at lunch the Chief Engineer offers to show me the engine-room.

It’s Chinese and new.  Freighters like this are worked hard; the cargoes put enormous stress on the hull and the ships are going full speed with little time in port.  Their life-span is getting shorter and shorter, and owners prefer to commission inexperienced Chinese shipyards rather than shell out three times as much for something that might last a decade longer.

The officers and crew are friendly but they are at work so outside of meal times and lifeboat drill I’m left entirely to myself.  I sit on the chilly sun-deck reading and resting.  It’s restorative, and I’m in need of that.

I have spent the last three weeks in a budget hotel in the West Indian part of Brooklyn, working from eight to late to finish my novel Missy, living on watermelons and coffee and cashew nuts bought from local stores.  The night before I checked out I wrote the last few paragraphs at three in the morning, then rewrote them at six when I woke up, and delivered the re-writes to my editor at Farrar, Strauss & Giroux.   When I got to Penn Terminals later that day I was all out of gas.  Now I wrap my legs in a blanket like some nineteenth century invalid on a recuperative voyage.